Bias against recruiting older people for work is a form of brain drain at the pinnacle of wisdom. In the context of an ageing workforce, it affects everyone’s future chances to find work. If we fail to design for older workers as the norm, we fail everybody’s future potential. 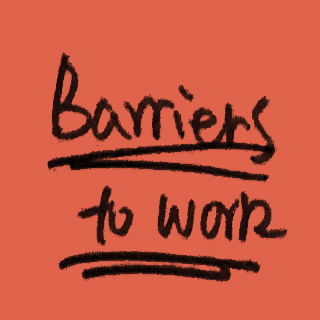 “When I left, it was inconceivable to me that I couldn’t get that job. Surprisingly, nobody wanted to get that package of skills.” recalls Pete who retired from the British military 10 years ago at the age of 53. Started as an engineer, he had transitioned between a wide range of job roles, from launching aircrafts off ships in hostile environments, to modelling future human resource needs with 11,000 employees. To prevent becoming stuck in a rut, he had upskilled throughout his career, “my log of continuing professional development probably has me doing 2 to 5 professional courses every year to stay abreast of all my training.” Despite an impressive track record, in the last decade, he had only managed to find work to fill approximately half of that time.

In the UK, an estimated 1.2 million jobless people over 50 years old are willing to work (of which 45.8% are 50 to 54 years old).1 Early retirement is usually involuntary.2 This cohort, referred to as the ‘missing million’, represents an untapped golden pool of know-how amassed from diverse life experiences. Its loss is a form of ‘brain drain’3 occurring at or near an individual’s pinnacle of knowledge and wisdom. 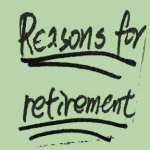 Valued yet discriminated against 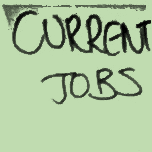 According to research in the USA,5 the business case is strengthening – older employees are more engaged, leading to increased revenue. They also return higher value per-employee cost and have a lower proportion of unplanned turnover. A UK report1 estimated that if the skill and abilities of all 50- to 64-year-olds were fully utilised, it would add 5.6% to the GDP, equivalent to £88.4 billion. Consultancy firm PwC went further to add 9% to GDP (their report equated this to £182 billion) if the employment rate of 55- to 64-year-olds in the UK matches the rate of New Zealand (from 64.1% to 78.2%).6 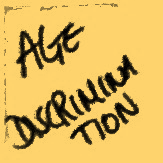 Despite the recognised benefits, older people are discriminated against for their age. Pete remarked, “[with new employees] you have to give them a bit of training. Far better to hire someone [who’s] 25, learns quicker and can stay for 25 years.” A Europe-wide research found age to be the most common perceived type of discrimination in recruitment practices (above race, disability and appearances) – 56% of respondents believed that being 55 or older is a disadvantage.7 Another report examined 12 countries where the proportion of citizens aged 60 plus is expected to more than double over the next generation. It found ageism and misconception as the main barriers to remaining in or re-entering the workforce.8 What’s worse, it’s prevalent across both mid- and high-income countries. A UK report concurs and further suggests that age bias may be hidden in selection processes, underpinned by unproven yet persistent stereotypes about mature workers’ job requirements and qualities.9 In effect, the potential contributions of a generation has become invisible, cloaked by widespread discrimination.

The sleeping giant is ageing 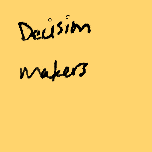 Critically, conscious and unconscious bias against recruiting older members of society extends to everyone’s future chances to work as we all age. In a publication by Deloitte’s Center for the Long View, they worked with HR professionals to imagine 4 future scenarios for HR in 2030.10 It explained the advantages of this technique: “Scenario design provides the basis for decision-making…”, “…help to stress test corporate strategy”. Amongst the 4 personas they had created based on those scenarios, the oldest actor was only 46 years young. The short-sightedness is frightening.

This is especially poignant in the context of a global demographic shift towards an aging population,11 coupled with the working age population (15 to 64 years old) shrinking at a faster rate,12 forcing more of us to keep working to a higher age in the foreseeable future. Nearly a third of the UK workforce is now older than 50 and this proportion is rising.13 In the USA, cohorts of workers aged 55 plus are growing, with the fastest increase predicted for those above 75 (+91.5% from 2016 to 2026).14

If we fail to envisage older workers as the future norm, we fail everyone’s future potential. We’ll fail to design policy, goods, services and careers to enable future livelihoods. The failure is not tomorrow, it is here now. And it’s everyone’s problem. But how can we turn a big scary macro problem into something actionable for ourselves, and make it tangible at an individual level for every ‘Pete’?